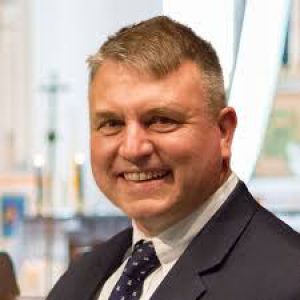 He was not of an age, but for all time!
Ben Jonson on William Shakespeare

These famous words of praise by the great poet, Ben Jonson, in honour of the even greater poet, William Shakespeare, were published in the First Folio edition of Shakespeare’s plays in 1623, only seven years after Shakespeare’s death. The words of praise have, therefore, become words of prophecy because none of the Bard of Avon’s contemporaries could have foreseen the extent to which Shakespeare would conquer the world in the centuries after his death. Today, on the 450th anniversary of his birth, he stands as a colossus who straddles the centuries, towering above all other writers, with the possible exception of Homer and Dante. His stature as a giant of civilization is itself sufficient reason to read and study his works. In spending time with Shakespeare we are communing with genius. Can there be many better and more fruitful and edifying ways of spending our time?

There is, however, another and deeper meaning behind Ben Jonson’s words. It is not merely that Shakespeare has survived the test of time, it is that his plays, and the truth and morality contained within them, transcend time. They are not merely works that endure in time, they are works that are beyond time. They are timeless. They have their inspiration in eternal verities and they point to those same verities. Such truths do not change with time, nor are they changed by it. They simply are.
Perhaps the best way of illustrating this timeless dimension to Shakespeare is to compare the Heilige Geist with the zeitgeist, the Holy Spirit with the Spirit of the Age. The Holy Spirit does not change from one generation to the next. He simply is. The Spirit of the Age, on the other hand, is always changing. It is subject to time and is changed by it. The literal meaning of zeitgeist is Time-Spirit. One who serves the Time-Spirit is one who wants to seem relevant to the fads and fashions of his own day. He is primarily concerned with being up-to-date. The problem is that those who are up-to-date are very soon out of date because, as C. S. Lewis quipped, fashions are always coming and going, but mostly going. One who is relevant to the fashions of today will be irrelevant to the fashions of tomorrow.
The reason that Shakespeare is not of an age but for all time is that he serves the Heilige Geist and not the zeitgeist. The truths that inspire his Muse and the truths that emerge in the fruits of his Muse (his plays and poems) are the truths of the Holy Spirit. Such truths do not merely stand the test of time they are the very truths by which time itself is tested. This timeless aspect of truth is very important for us to understand but perhaps a little difficult to grasp. It might, therefore, be useful to employ a famous philosophical riddle: If a tree falls in a forest and there’s nobody there to hear it fall does it make a sound? The answer is that of course it makes a sound because the sound of the tree falling is not dependent on anyone hearing it. We might rephrase the riddle thus: If Shakespeare’s works are neglected so that they are no longer performed or read, will Shakespeare and his works cease to be relevant? The answer is that of course they are still relevant because the goodness, truth and beauty of the works are not dependent on our ability to see or understand them. Indeed, it could and should be argued that a culture that could no longer read Shakespeare because of its illiteracy and barbarism was suffering the woeful consequence of neglecting the truths that Shakespeare’s plays reveal!
Another way of understanding the timeless dimension of truth is to see it in relation to eternity. When we say that God is omnipresent, it doesn’t simply mean that God is present everywhere in time and space, though He is. More importantly it means that everything in time and space is present to Him. There is no past and future from the perspective of the eternalpresence of God. His omnipresence means that everything is present to Him. In a similar though less perfect sense, Shakespeare enters eternity when he dies. On the assumption that He goes to heaven and not to the other place, he will enter into the eternal presence of God. He will be timeless. Insofar as Shakespeare’s works are good, true and beautiful, which of course they are, and in so far as they are the fruits of God’s presence in the creative process, which is indubitable, those works will be enshrined with Shakespeare in eternity. They will be with him because they are an integral and essential part of who he is. In this sense, Shakespeare’s works simply are. They will be even when the world passes away.

These metaphysical first principles are crucial to our understanding of why we should learn Shakespeare, or indeed why we should learn anything else that contains goodness, truth and beauty. The learning of such things points us towards eternity and helps us to get there. Can anything else be more worth learning?
Lest we be tempted to think that the foregoing discussion means that the learning of Shakespeare is purely a spiritual or mystical undertaking, connected solely to what philosophers call the anagogical meaning of life, we should remind ourselves of the paradox that the timeless is always timely. If the timeless resides in the eternal it means that all times are present to it. If it is timeless, it is always true – and, if it’s always true it is always relevant. It is for this reason that Shakespeare’s works are rightly listed amongst the “permanent things”, those things which are and will always be, and, in consequence, those things that are and will always be relevant. 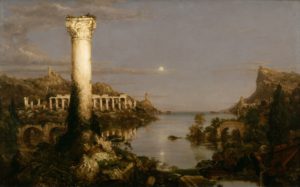 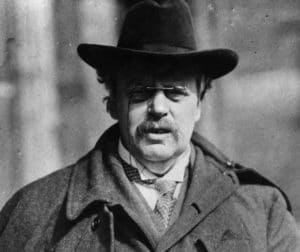 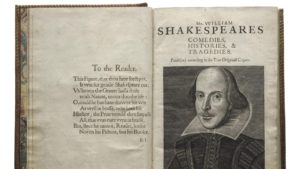 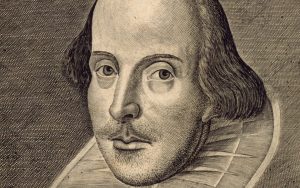 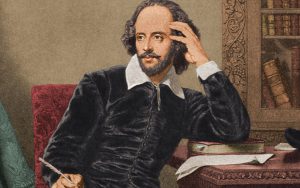 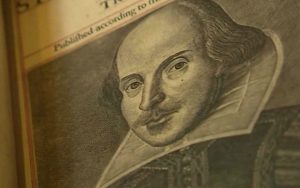